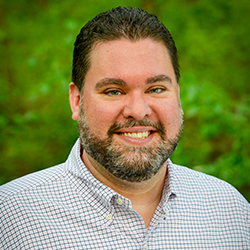 Luke moved to Pittsburgh in 1998 to attend Pitt, and decided to never leave. He moved to the North Hills in 2002, when he began working for former US Rep. Melissa Hart. Luke worked in Melissa’s North Hills office, focusing mostly on Veterans’ & IRS issues. He then moved over to the campaign office and ran her 2004 & 2006 re-election bids.

In 2007, Luke opted for a career change and joined Justus ADR Services, an alternate dispute resolution company with a mission to help people settle costly civil litigation as amicably and fairly as possible. He still works there today, directing all of the company’s operations and working hand-in-hand with the mediators that resolve disputes daily.

Luke has been a resident of Brook Park for 9 years, and would never consider leaving. He lives here in Franklin Park with his family; they thoroughly enjoy all that the neighborhood and Borough have to offer, including the pool, parks, organized activities and more.
In December 2018, longtime Ward 2 Council member and Past-President Jane Hopey retired, and Luke interviewed for, and was selected as, her replacement. Luke chairs Council’s Finance Committee, and also serves on the Public Works, Technology and Parks & Recreation Committees. He also serves as Council’s Delegate to the Allegheny County Borough’s Association.

Luke is committed to ensuring that Franklin Park remains the best community in Pennsylvania by continuing to build on the excellent foundation laid out by our current and former leaders. Franklin Park is an amazing community, with one of the lowest tax rates, and debts and expenditures per capita in Allegheny County. Our park system and golf course are second to none, as are our Police and Fire Departments. Our Public Works Department is the envy of the North Hills. Luke firmly believes that his job as a public servant is to continue this excellence and to support the well-maintained balance between further development and preserving Franklin Park’s character. 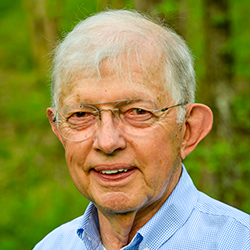 John is now retired from full time employment after 45 years as an employee benefit consultant and actuary. He was President of a consulting firm which ultimately became part of the Actuarial Consulting Group of Principal Financial. Currently he consults on selected projects as an expert witness.

While at Principal John was responsible for International Retirement and OPEB Consulting projects as well as assisting the Principal Government Relations office in the area of Defined Benefit Plan issues. Additional duties include strategic planning and special sales presentations.