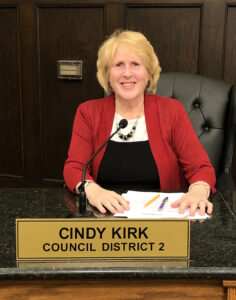 Holding a master’s degree in Nursing Administration from the University of Pittsburgh, Cindy is a nurse administrator at UPMC, Oakland Campus. Throughout her nursing career, Cindy worked in a number of nursing specialties. She began her career on a transplant unit and as a dialysis nurse. She later worked as a nurse researcher and in nursing informatics.

As a 31 year resident of the district, Cindy lives in McCandless with her husband of 36 years, Bill. They are parents of two adult children, Chip and Kim. Chip is an active duty US Air Force pilot and graduate of the US Air Force Academy. Kim, after graduating from the University of Notre Dame, is pursuing a career in fashion in Manhattan.